It would take hours to talk about the things to do in Hanoi where traditions and globalization found harmony. The 1000-year-old capital of Vietnam is blessed with rich culture, long history and, fabulous local foods and an authentic sense of lifestyle. Hanoi is no doubt the most important city in Vietnam. But have you ever wondered what makes Hanoi so different from other capitals on the world? Let’s find out in our travel guide, exclusively with activities, attractions, day trips and detail itineraries selected by us.

Unique things to do in Hanoi

1. Get Lost on The Maze-like Streets of Hanoi Old Quarter

The Old Quarter of Hanoi is the place to be for every traveler. It’s the top choice when it comes to exploring what is the real Hanoi, from cultural and historical landmarks to hidden spots of savory local street foods.
Old Quarter of Hanoi has its history dated back to even more than 1000 years ago when it started as a collective hub for handicraft guilds from all surrounding areas. As time went by, the quarter developed into a gigantic network of streets and markets where a huge number of handicrafts products were made and sold.

The common appearance of old houses in Old Quarter is a combination of a narrow front and 2-storey long body.

The streets of Old Quarter were named after the product the store-owners sell. ‘Hang Bac Street” is the street of ‘silverware’ or ‘Hang Duong Street’ is the street that sells ‘candies’, dried fruits (o mai).

There are about 36 streets starting with the word “Hang” which indicates their specialization in selling a distinctive kind of product.

Come to Old Quarter, don’t forget to visit the Heritage House at 87 Ma May and Bach Ma Temple to appreciate the traditional Vietnamese architecture.

Or in Vietnamese, “Big Church”, is a historical and religious landmark worth visiting in Hanoi. This is a Roman Catholic cathedral with neo-gothic style resembling Notre Dame de Paris, which was built over 100 years ago by the French.

St.Joseph’s Cathedral is an important historical evidence of the French Colonialism and religious venue for Catholics in Hanoi today.

* For Outside visit: all time

* For Inside visit: visitors can only enter the Cathedral in Hanoi in the opening time of ceremonial practice as the following schedule:

Hoa Lo Prison is a much heavier dose than the other two landmarks of the French Quarter. Hoa Lo Prison is not only a national historical landmark but also a war-crime evidence during French Colonial Period.

Hoan Kiem Lake is the heart of Hanoi, located just right next to the Old Quarter, making it a place you can’t miss on your Hanoi city tour.
Related to the popular legend, Hoan Kiem Lake was the place where the story of Emperor Le Loi returning his sword to a Golden Turtle God took place. After the legend, the lake’s name changed from Luc Thuy (Green Water) to Hoan Kiem (Lake of Returning Sword).

On the northern shore of the lake lies Jade Island where the Temple of Jade Mountain stands. The red wooden bridge called The Huc (meaning Morning Sunlight Bridge) is a popular sight of the whole complex.

Come to Hoan Kiem Lake you can take a walk around the refreshing and beautiful lake to enjoy the atmosphere, cultural space, and the food. Hoan Kiem Lake is absolutely a must-visit spot in Hanoi.

Come to Temple of Literature to learn more about Vietnam under the influence of Chinese Confucianism. The Temple of Literature, besides its historical and cultural significance, shows a light on how Vietnamese people appreciate education and enlightenment of the mind. You can also learn more about some of the brightest minds and literature talents throughout Vietnamese history.

Ho Chi Minh Mausoleum on Ba Dinh Square, by no mean, should be missed by you when visiting Hanoi. The mausoleum is the final resting place of the most iconic, most beloved leader in Vietnamese history.

From 1973 to 1975, the construction of the mausoleum finished with great effort brought together from all over the country.

The building was made of granite, modeled on Lenin’s mausoleum in Russia. Around the mausoleum was hundreds of plants and flowers, among which the bamboo trees have the most meaning.

When visiting Ho Chi Minh Mausoleum, visitors are required to dress with respect (no hat, shorts, sunglasses, sleeveless shirts, and miniskirts). Cameras and bags are not allowed to enter the mausoleum.

Water Puppetry is a traditional folklore performance of Vietnam which showcases the traditional daily life of Vietnamese farmers with activities like cultivating, tending buffalo, catching fishes or communal entertainment such as swimming contest dragon dancing.

Water puppetry has a certain attachment to Vietnamese people since it’s a traditional art that has been performed within the agricultural villages for centuries, by and for the farmers.

In real life, the villagers hold water puppetry performances in the village’s communal temple. Long bamboo sticks are used to control the puppets by the artisans standing behind the curtain.

Thang Long Puppetry Theater is the first place where this traditional folk art to be made on stage with light and music effects before an international audience.

With a convenient location, just across Hoan Kiem Lake, watching a water puppetry performance at Thang Long Theater is a must thing to do in Hanoi.

Dong Xuan Market, the oldest market of Hanoi was built in 1889 by the French administration. As time goes by, the market has developed into the largest covered market in Hanoi where you can find anything from clothes, souvenirs, to household good and foods.

Originally, Dong Xuan is not a market for tourists but Dong Xuan Night Market is. On weekend’s nights (Fri-Sun), a 3-kilometer long line of stalls spreads on the middle of Hang Dao Street.

On Saturday evenings, traditional folk arts and cultural performances such as cheo, ca tru will be held. From 20:00 to 22:00, it’s the most crowded time. If you only want to shop, you should visit earlier.

8. Enjoy a Cup of Vietnamese Coffee

Vietnamese coffee is famous worldwide, this is a well-known fact. Coffee in Vietnam tastes so much stronger, sweeter and more flavorful, with a lot of variations and combinations that will surprise you.
The French introduced coffee to Vietnam during the colonialism but Vietnamese people sure have made drinking coffee a culture of themselves.

It’s a sight to happen only in Vietnam – people sitting on the sidewalks and waiting for the coffee to drip. Working people spend a lot of time to enjoy a cup of coffee, making it a daily habit.

Black coffee and brown coffee (a mixture of black coffee and condensed milk) are the most common and the cheapest. While variations that make use of yogurt, egg, and fruits have become so popular.

This cantilever bridge connects two banks of Red River, spreads on a length of 1682m, consisting of a total number of 20 piers. Long Bien is also the first bridge of railway running through Indochina and Hanoi – Hai Phong Route.

Undergoing two wars with the French and the American, Long Bien Bridge was bombarded many times and became a witness of history.

Nowadays, the image of the rusty red, age-old bridge spanning on the green fields of Red River’s mudflats has become something so precious to Hanoi people.

If you don’t mind straying further from the crowded Old Quarter, walking tour to Long Bien is a great thing to do. The bridge offers great landscape, angles for photography and new perspective into the local life.

Pho Hanoi is always different from Pho from elsewhere. It’ll be a pity to not have a hot bowl of Pho while in Hanoi. The dish is just so flavorful, nutritious and delicious with meat-based broth, beef or chicken toppings, and full of fragrant herbs.

Hanoi people can eat Pho for breakfast, lunch or dinner.

Pho might look simple yet to make a good Pho, meticulous preparation of the ingredients, especially the spice mix, must be done.

A bowl of Pho Hanoi consists of three parts: the broth, the noodles and the toppings which must be cooked separately and only be put together at the last minute. Don’t forget to put the herbs into your bowl before diving in. They will add a lot of flavors to the final taste.

*Where to eat Pho Hanoi:

11. Learn more about Vietnam at Vietnam Museum of Ethnology

Among the rich collection of museums in Hanoi, the one that’s worthiest of your visit is Vietnam Museum of Ethnology.

The institute offers an insight into the 54 different ethnic groups of Vietnam. A visit to the museum is a great opportunity to understand more about Vietnamese diversity in culture and identity.

The museum has two sections:

Indoor house featuring representative objects from each and different groups,
and outdoor representing a range of traditional houses of minorities in Vietnam.
All the artifacts are presented in a simple way, put in their cultural context. It’s easy to imagine the life of each ethnic people through the setting and information the museum presented.

12. Attend a cooking class in Hanoi

Vietnamese food made into top healthiest cuisines in the world. It’s such a lovely thing to come back home, being able to cook the foods from the place you’d traveled to. A wide range of cooking classes available in Hanoi will help you do this.

Most of the cooking classes feature a market tour and 3 to 4 hours of cooking. There is always a chef to introduce the dishes, how to eat, and give instruction on the cooking process.

The standard menus feature the most essential dishes of Vietnamese cuisine such as Banh Xeo (Sizzling Pancake), Spring Rolls, Claypot Fish, or Pho. After done cooking, you can enjoy the dishes you just made. The chef will also show you how to eat for each dish just like the locals do.

Average price for a half-day cooking class, including a shopping tour to a local market, ranges from $30 to $50 USD. Advanced classes have more difficult dishes, longer hours and higher prices.

Just like any touristic city, Hanoi also has a street for foreign tourists to enjoy the city night scene – an ‘international crossroad’.

Ta Hien Street, once called Geraud, is only 200 meters long, yet every night, especially on weekends, it hosts crowds of tourists from all over the world coming here to enjoy a glass of drought beer and street snacks, packed on the sidewalks. 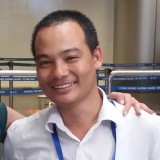 Start working in travel industry in Vietnam from 2003, I had the great chance to learn and see the change as well as the development of tourism in our country. After a few years working in different positions in some well-known international travel companies, together with some co-founders, we found Golden Holiday Travel in 2012 basing on our passion and knowledge with the dream to show tourists around the globe more about Vietnam’s beautiful attractions and to be the travellers’ best local partner for their enjoyable Vietnam holidays of unforgetable memory.

Hope this personsal blog do some help for your Vietnam trip plans ! Any questions or support you need, feel free to let me know.....

See you soon in Vietnam !

TOP 10 CAN’T-BE-MISSED THINGS TO DO IN SAPA

We are happy to offer tailor- made Vietnam holidays, and are able to come up with interesting programs for individual traveler, family, friends, school groups… ect… In case you don’t find any of our pre-designed tour packages that matches your expectations or you want to follow your own itinerary, then do not hesitate to fill out this customized form and submit it to us. We’ll gladly work out a trip to meet your expectations and we’ll get back to you within 24 hours. Thank you very much for your interest in our services !